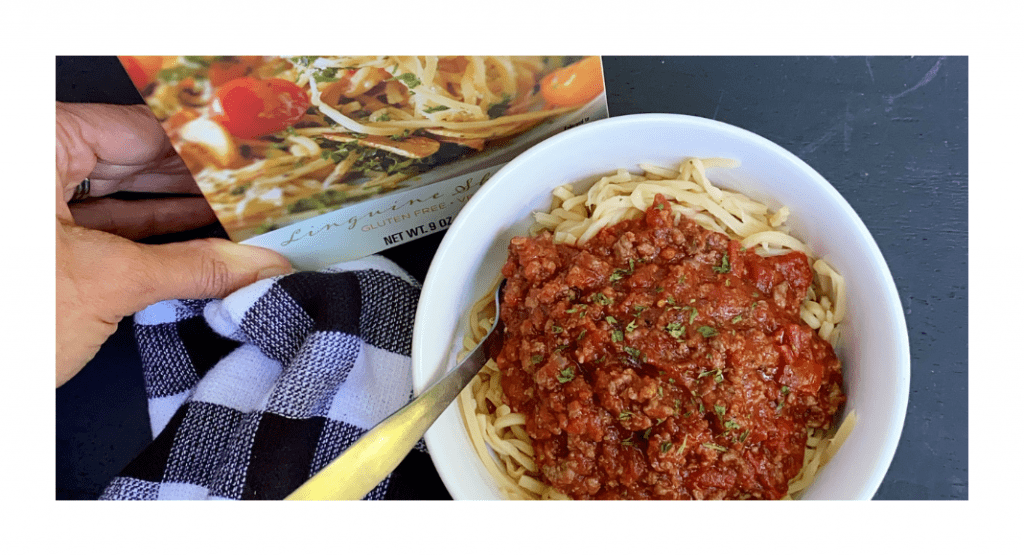 Trader Joe’s is known for their friendly cashiers, affordable organic food, cheap wine, interesting items and helpful shortcut ingredients. Here are a few super simple semi-homemade TJ’s meals, mostly with less than 10 ingredients (other than basic pantry staples), allowing you to have dinner on the table in 10-30 minutes, depending on the meal.

1. Pollo Asado Fajitas: Buy TJ packaged Pollo Asada, an onion, a bell pepper, flour tortillas and toppings of your choice. Spread the Pollo Asada onto a greased sheet pan with sliced onion and sliced bell pepper tossed in olive oil, salt and pepper. Bake at 425 for 15 minutes, stir and drain off juices, bake an additional 15 minutes, then serve with desired toppings.

3. Teryaki Flank Steak: Buy a bottle of TJ’s Soyaki Sauce and a flank steak. In a Ziploc bag, combine marinade and steak, then refrigerate for 4-8 hours. Broil or grill steak for 6-8 minutes per side, rest 10 minutes, then slice against the grain and serve.

4. Sheet Pan Sausage, Peppers and Onions: Buy TJ chicken sausages, an onion, a bell pepper, hot dog buns (if you want them) and a package of mushrooms, then follow this recipe.

6. Pasta (or Hearts of Palm “Pasta”) with Meat Sauce: Buy your favorite TJ’s pasta (or hearts of palm pasta), a jar of any of their delicious marinara sauces and a pack of ground beef. In a pot, brown the meat and drain off the fat, then add the marinara sauce and heat through. While the sauce and meat simmer, boil the pasta according to package directions and serve the meat sauce spooned over the pasta.

9. Butternut Squash Soup with Sausage: Buy TJ pre-made Butternut Squash Soup and some Italian Sausage (either spicy or sweet). While the soup heats in a pot, remove sausage from casings and cook in a greased pan until cooked through, breaking up with a spoon while cooking. Ladle soup into bowls and sprinkle cooked and crumbled sausage over top.

10. Chicken Curry: Buy TJ’s Curry Simmer Sauce, a pack of chicken breasts and TJ frozen rice. Cook chicken, sauce and rice according to directions on the jar and serve the chicken curry on a bed of rice.

11. Sheet Pan Sausage, Brussels Sprouts and Gnocchi: Buy your preference of frozen TJ’s gnocchi, a bag of brussels sprouts and a pack of chicken sausage, then follow this recipe.

12. Pizza: Buy TJ’s pizza dough, a jar of pizza sauce, mozzarella and your desired toppings and let everyone have fun topping pizzas in the kitchen.

13. Pasta with Prosciutto and Peas: Buy your desired noodles, a pack of prosciutto and some parmesan cheese and follow this recipe.

14. Egg Roll Bowl: Buy a pack of ground meat, a bag of coleslaw mix, rice if you want it and any of the condiments needed that aren’t already in your cabinet and follow this recipe.

15. Carne Asada Burrito Bowl: Buy a pack of TJ’s Carne Asada and additional desired bowl ingredients such as rice, lettuce, cheese, salsa, guacamole or sour cream. Cook Carne Asada according to package directions and let everyone build their own bowl with their favorite ingredients.

16. Pasta with Shrimp: Buy desired pasta, a jar of either alfredo sauce or pesto sauce and a bag of cooked shrimp. Cook pasta according to package directions, thaw shrimp following package directions, heat alfredo if that is the sauce you are using, then toss pasta, sauce and shrimp together and serve.

17. Chicken Stir-Fry: Buy a pack of chicken breasts, a bag of frozen stir-fry vegetables and a bottle of Soyaki Sauce. Chop chicken and cook in a skillet. Add vegetables and cook according to package directions, then pour in desired amount of sauce and serve.

20. Gyros: Buy a pack of TJ’s pre-cooked gyro meat, a pack a naan, a tub of Tzatziki and any toppings of your choice like lettuce, tomato, red onion, cucumber, feta or kalamata olives. Heat meat according to package directions and assemble gyro wraps by layering the meat, sauce and toppings on the naan.

22. Chicken Caesar Pasta Salad: Buy a bag of pre-cooked chicken strips, a bag (or 2) of caesar salad, a lemon and pasta of your choice. Cook the chicken and pasta according to package directions, then cool for a few minutes. Mix the dressing from the salad kit with the juice from the lemon, whisking until combined. Toss dressing with salad, chicken, cheese from salad kit and pasta and serve.

23. Shakshuka: Buy a package of TJ’s Shakshuka Starter, some eggs and some naan or pita bread. Heat the Shakshuka Starter in a pan according to package directions. Once the starter is heated through, crack two eggs and gently lay them on top of the shakshuka; cover and simmer over medium-low heat until the eggs are cooked through, about 8 minutes. Serve with naan or pita for soaking up the extra tomato sauce.

24. Pulled Pork Sandwiches: Buy a pack of TJ’s pulled pork, a pack of hamburger buns, a bottle of extra BBQ Sauce (if desired) and a coleslaw kit. Heat pork according to package directions, assemble coleslaw and serve pork on buns with a little extra BBQ sauce and cole slaw either on the side or on the sandwiches.

25. Grilled Cheese and Tomato Soup: Buy a loaf of bread, sliced cheese of your preference and TJ’s tomato soup. Heat tomato soup according to package directions and serve with warm and crusty grilled cheese sandwiches.

What are your favorite go-to Trader Joe’s meals? Check out what else another contributor likes to buy at Trader Joe’s too! 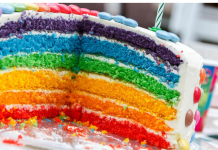 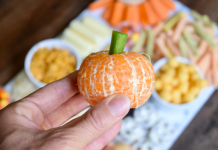 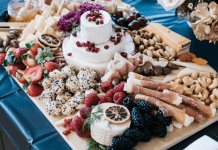 How to Assemble the Perfect Charcuterie Board 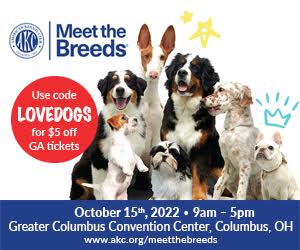 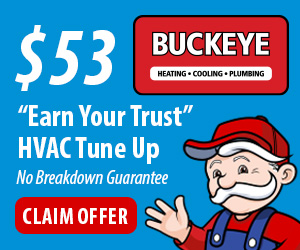