Growing up, I did not know many veterans or active military members. My grandfather served in WWII; however, we rarely spoke of or recognized his service to our country until the day he was buried with military honors. After the 9/11 attacks, I watched anxiously as many young high school seniors in my class began enlisting to fight the war on terror. I felt grateful and envious of their bravery, but embarrassingly still knew little of what their military careers would entail.

I met my husband years later. He had a successful military career of 12 years already behind him. He experienced 9/11 while enrolled in college. Forced to drop out of college to begin training for deployment overseas to fight the war on terror, his life began to alter from carefree college student to preparing for war. His father, stepbrother and future sister-in-law prepared for deployments as well.

In a stroke of luck, my husband’s displacement did not deploy after all, however, his father, stepbrother and future sister-in-law did, one year later. Despite the sudden interruption in life, my husband graduated college and continued his military career. My husband and each of my husband’s family members witnessed tragedy while deployed and I can’t begin to understand the emotional toll that will last their lifetimes. Thankfully, each returned home safely before I met them.

After meeting my husband, I began to learn and become ingrained into the military lifestyle. I saw firsthand the brotherly love my husband and his fellow pilots and crew had for one another. This love was rooted in deep trust and understanding, knowing that if they were ever in a dangerous situation, they could trust each other enough to make swift decisions to survive. I saw the importance of camaraderie, not just among the military members but of their partners. We all relied on one another to get us through the tough moments and emotional roller coaster of deployments. I began to understand the importance of Veterans Day.

My husband has since retired from the military; however, he had a full successful career of 22 years. We survived many deployments overseas to the “desert” as we called it. Every deployment for me was a mixture of sadness, watching him in uniform leaving and pride at how brave he was, trusting he would come home safely. Life during deployments revolved around Skype calls and emails ensuring everything was going to be okay and leaning on the other military partners that could relate. He never complained about being away from his life back home. Though he missed birthdays, weddings, family gatherings, retirements and life milestones of his family and friends while deployed, he never lost his focus.

One specific deployment return to home, I went to the airport to pick up my now husband from a long day of travel. I remember the excitement I felt as he walked through baggage claim in his uniform looking tired but happy to be home. I saw everyone waiting for their luggage turning to watch him walk by. The heaviness of what he and so many other military members experience while deployed hit me like a ton of bricks watching the faces of strangers look at him with such dignity. When we walked onto the elevator together a man turned to him and thanked him for his service. My eyes welled and the amount of pride I felt standing next to him was streaming down my face. 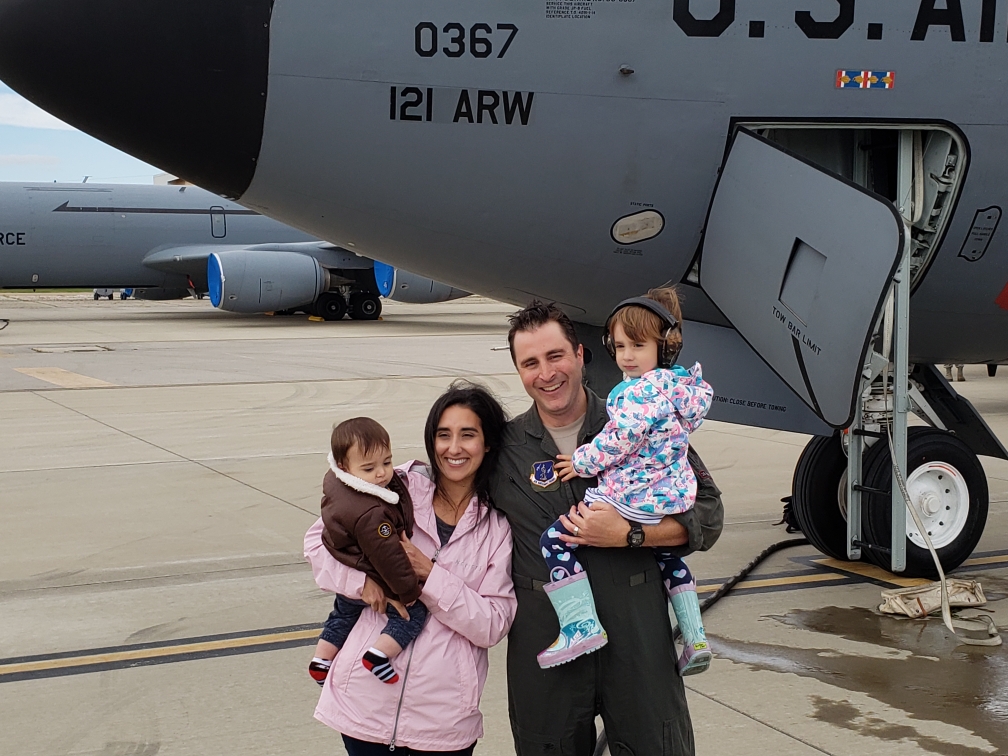 I’ll be honest and share I had little knowledge of what Veterans Day really celebrated until well into adulthood. I’ve since learned that Veterans Day has evolved over time to what it is today. According to the Veterans Affairs, the date, November 11, serves a historical purpose yet the meaning remains to celebrate and honor America’s veterans for their patriotism, love of country, and willingness to serve and sacrifice for the common good.

On this Veterans Day, I would like to thank my husband and his family for their bravery, sacrifice and for serving, so we at home, could live without fear. At times, we take for granted the bravery it takes to leave a family, friends, and a life to deploy in an area with conflict, yet our country asks our military members to do it regularly for us.

We should all take a moment to remember and to thank a veteran and any active military members we know, but especially, on November 11. 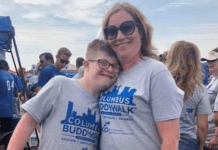 My Wish for World Down Syndrome Day 2021 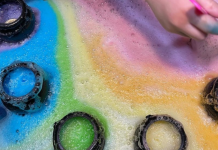 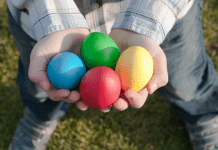