If you’re like me, you are always looking for live entertainment the whole family will enjoy. I always seem to hear about the great shows after they have happened, so to save you that sad feeling, I’ve compiled a round-up of all of the awesome performances happening around CBus this spring. Some of these performances are aimed at the young (toddler) crowd, but many would be enjoyed by a wide range of ages, including the kid in all of us. Hope to see you at one very soon!

March 11 – 20 – CATCO is Kids presents Hansel and Gretel.  The awesome people at CATCO is Kids have even put together an awesome play guide to enjoy with your kids before and after the show.

March 23 – Toddler Theater at the Abbey Theater of Dublin

March 19 – Chicken Dance at the Abbey Theater of Dublin

April 2 – PBJ and Jazz Concerts: 1-hour long interactive concerts designed to introduce jazz and American music to young children and their families.  This is my daughter’s all time favorite winter performance!  Music fills the whole room, and the kids dance and sing along while eating PB&J sandwiches and cookies.

April 7 – 24 – Snoopy at Columbus Children’s Theater on Thursdays, Fridays, Saturdays, and Sundays.  Check out this awesome theater guide for tips on attending their performances.

April 10 – Columbus Symphony Orchestra Family Programs Fairy Tales in Music.  If this is even 1/2 as good as Popcorn Pops, CSO’s Summer kid’s concert series, we are in for a treat!  I’m SO excited to try this!  It’s already on our calendar!

April 15 – Wild Kratts Live  Martin and Chris are celebrities to my little girl!

May 5 – 15 –   Columbus Children’s Theater presents Cats on Thursdays, Fridays, Saturdays, and Sundays.  CCT has created an awesome theater guide to assist with your planning.

NOT COLUMBUS, BUT CLOSE

May 11 through 15 – Disney on Ice: Frozen in Cincinnati.  We just missed their CBus shows but keep your eyes peeled for them to return in the winter.  We have gone the past two years in early January and loved it!

Stay tuned for a similar post as summer nears. There are SO many fun outdoor performances that need to be on your calendar! Please comment below if there are any must-see performances in March, April, or May that I have missed! 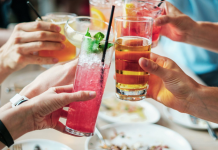 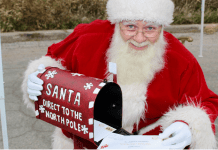 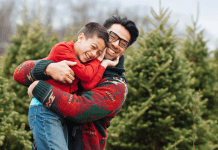