When I was pregnant with my son, I didn’t know for a while. Sure I was fatigued and nauseous, so I assumed I had a cold and waited it out. Needless to say, my son was a pleasant surprise. I had an unplanned pregnancy at the age of 31. This time around, the pregnancy was planned and my husband and I were so excited. True life, my back is deteriorating and I have no coordination, but my whole body goes into Transformers mode once I get pregnant. My hips immediately get wider and my whole center of balance changes. I’m not a dainty basketball under the shirt pregnant lady. Bring on my extra chins and maternity underwear! I figured I had gone through this before, my body could handle it. Y’all…what a naive fool I was!

Everyone warned me that every pregnancy is different. This one was like night and day. Fortunately, it was planned so I knew it wasn’t something serious, but this pregnancy knocked me out the first trimester in a way that I was unprepared for. I didn’t have Hyperemesis Gravidarum, but I had something where I was nauseous almost all day every day. Nothing helped. I tried prego drops, no spicy or acidic foods, peppermint essential oils, sea bands, even basically Diclergis but that would work for a few hours and wear off. I would eat candied ginger and hope no one noticed…but everyone did.

I wouldn’t eat because I felt sick and then if I ate I felt worse. I had to pace out my snacking and just prepare for my sugar spiking. Too much sugar, nausea. Any flavor whatsoever, nausea. I had to announce I was pregnant earlier than I wanted, because I looked so terrible. Screens made me nauseous which is great when you work at a computer all day. Everything made me nauseous. I could go home and lay down and that was it. I disappeared for a few months and if we went out, I would have to leave after an hour or two. I would tell the host, I’m pregnant and I need to leave. My cousin asked me about my “hot girl summer” to which I could only shrug. My mom helped out with my kiddo. Which adds a whole other layer to the pregnancy- having a toddler!

Pregnancy with a Toddler

My son kind of knows I’m pregnant. He’s seen my belly. People have told him he’s going to be a big brother. However, it’s not hitting him yet. We have to tell him to be careful around my stomach, as he’s often jostling over it. So as tired as I was during my first pregnancy, it is nothing like this one because I still have to work and take care of my son. He still needs care and attention. He’s at a fun age too and it’s been great, but it’s a lot. My last pregnancy, when I was tired I could just go to bed. This time, I’m falling asleep sitting up and like a Dad watching TV.

I felt with my first everything was special and new. My first everything. This time it’s been more routine and I’m trying to make it special as well. I’ve been making playlists of songs that I want the little one to hear. I watched a lot of TV in my first trimester and got obsessed with Derry Girls on Netflix. They always talked about the “wee” ones. So we’ve been calling the bump “the wee” whatever it is on my app this week. Right now, it’s the “wee coconut.” My son is aware stuff is changing and he’s handling it pretty well.

The second trimester has been easier, but I’m getting acid reflux (didn’t happen until the third trimester with my son) and it’s still exhausting. My mom said that happens with baby #2. Your first pregnancy is special and you get to experience everything for the first time and have time to savor it. This time I’m getting through it. It’s weird though because before I had kids, I didn’t understand.

I kind of thought pregnancies were natural things people went through. They weren’t fun, but they were temporary. I had no idea that pregnancy changed every cell in my body. Did anyone else have their gums go nuts during pregnancy?

So I’m dealing with the working, pregnancy, and having a toddler who is great. But he’s a ball of energy and he’s kind of understanding he’s getting a new sibling, but not at the same time. He puts a sticker on my belly and tries to feel for kicks. He doesn’t go with me to my OB appointments, but he recognizes the ultrasound pics as a “baby.” This pregnancy doesn’t feel like going through the motions, but unfortunately, it’s not something that I can focus on as much as I did with my first one.

The Positives of a Second Pregnancy

Here’s what is good about it though. I know my OB and her staff. I’m a notoriously hard blood draw, the guy who draws my blood knows me and my veins. I feel comfortable like they know me there. When we announced we were trying to have a baby, my OB and her medical assistant were so happy for us. I’m giving myself grace if I sneeze and pee. I’m finding ways to incorporate self-care while I’m pregnant. I’m realizing that this is temporary and while some parts of it are unpleasant, it’s a special time for my family. I’m so incredibly fortunate to be pregnant, to have the support I do with a team of people. I remember feeling so vulnerable during my first pregnancy. This time I feel more empowered and I can’t wait to meet the “wee” one! 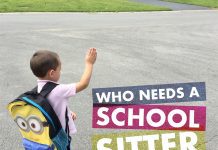 Need a Babysitter? Sitting Made Simple® Lives up to Its Name 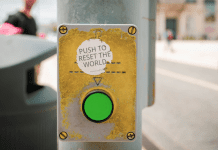 5 Signs You Need a Life Reset 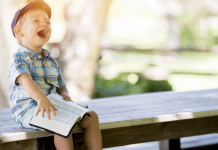 A Celebration Hack For Grandparents 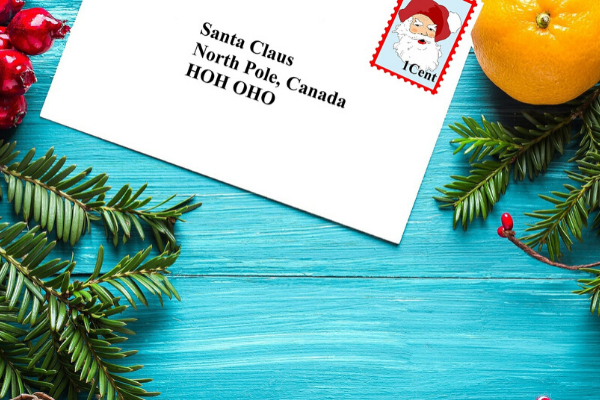 Maureen Ingham - November 17, 2020 0
The Christmas season is upon us, which means it's time to write our beloved letters to Santa Claus. Wondering what to do with the...

Guide to the Month of November

Top Things To Do In Lewis Center