In the first few moments after our son arrived, I wept huge fat tears of joy, relief, and release.  He was here!  He was healthy!  For a person who likes to plan and prepare for the worst, I had worried about every pregnancy symptom nonstop, but barely allowed myself to envision my life as a mom, for fear I would jinx myself and it would never happen.

But now that my son had arrived, it began to sink in that I was a mother, and I had to begin mothering. Whether it was due to the pain medications, the late hour of the night, or the adrenaline rush – I was acutely aware of every single minute holding my baby, nursing him, and watching him in the bassinet next to my hospital bed.  I lived beautifully in the moment, literally incapable of imagining what the next day would bring, let alone the next weeks, months, or years.  Everything was new.

The demands of caring for an infant are mentally and physically exhausting, but they brought with them a certain ability to truly live in each and every moment.   Each new challenge or joyous milestone reached came unprepared for and met authentically in the here and now.  “This is a gift of motherhood!” I proclaimed.   “I’m so much more in the moment.”  The monumental task of loving, and keeping my tiny baby alive put everything else into perspective.  As I returned to work, I found myself not sweating the small stuff as I had tried so hard to do and failed in the past.  What would have previously kept my head spinning at night paled in comparison to this new purpose, our baby.

But today, as we travel through the transition from baby to toddlerhood, I realize I have returned in many ways to my new self. With the return of full nights of sleep and my son’s ability to play on his own for minutes at a time, so have returned my abilities to plan, worry, and project into the future.  Some of this is necessary – I need to plan for childcare, for date nights, for nutritious meals, for family balance. And I’m somewhat glad those blurry newborn days are becoming a nostalgic memory.  But, when I check my phone instead of playing one more round of peek-a-boo, sometimes I wish for that jarring life change of becoming a first-time parent to become sharp again. To become that focusing force that eliminates the need to remind myself of my priorities because I’m living them.

I’ve come to accept that it won’t happen as naturally as it did in the beginning.  However, with a little effort, and mindfulness, I can choose to be more present in the small moments.   And so, when my son practices his newfound climbing skills on me (another new role – human jungle gym), I attempt to simply take joy in his presence, without my mind wandering to what to make for dinner, what needs to be vacuumed, or whether I said the right thing in a meeting at work.  And in this now somewhat familiar role of motherhood that allows for so few markers of success along the way, remembering to be fully there for my son feels like an accomplishment.

I’m curious, do other moms feel the same way?  What are some ways to help remember your priorities day-to-day? 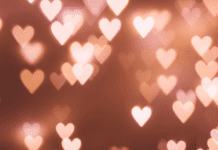 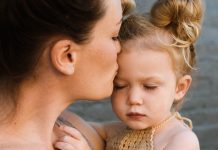 The Misadventures of the New Stay-at-Home Mom 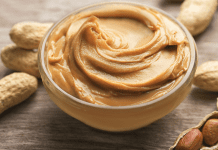 A Letter of Gratitude from a Food Allergy Mommy

Amy Onifer - January 11, 2021 0
Due to the pandemic, restaurants have gotten creative on how to keep patrons coming to their outdoor spaces. Enter--- dining in an igloo! VASO in...