Ah, October. That wonderful time of year when the weather starts to get a little chilly, everything under the sun is now available in pumpkin spice varieties, and the kiddos come home with a bag filled with an assortment of candy only Willy Wonka could rival. I don’t know about you, but I have a real love/hate relationship with Halloween. I love the beginning of “sweater weather;” I hate having to check the weather forecast every morning to see if I’ll sweat to death if I wear one. I love helping the kiddos pick out adorable Halloween costumes; I hate when we have to cover them up in raincoats and carry umbrellas over them as they go door-to-door asking for treats. I love having chocolate readily available in my home; I hate having chocolate readily available in my home. (You know what I mean.)

Chocolate is one of my greatest weaknesses. I could seriously sit and eat a whole bag of Hershey kisses in one sitting if I let myself. Generally, I have pretty decent willpower. Except when it comes to chocolate.

So, what’s a mama to do when that giant bag of chocolate-y goodness comes through the front door? Yes, technically it belongs to the child bringing it home, but what mom wants to let her kid consume ALL of that sugar? I’m pretty sure my kids wouldn’t sleep until New Year’s if I let them eat their entire loot.

When I asked some of my fellow moms about the rules in their homes in regards to Halloween candy, I received a few different responses. Some said they let their kids eat as much as they want on Beggar’s Night, then throw out the leftovers. Others will set the candy aside, give their children a piece after well-eaten meals for a week or two, then throw out the leftovers. Still, others will “sneak” the candy for themselves – eating it after the kids go to bed, or taking pieces of their own favorites and hiding them in inconspicuous places like the freezer to be ingested at a later time.

I, however, am still fighting to lose the last of my baby weight, and with the looming holiday season, I’d rather not totally undo everything I’ve been working toward. I was looking for some creative ways of getting the candy either used, or just out of the house. A couple of ideas came my way:

But…maybe you’re thinking, “There’s no way I’m going to get my kids to willingly part with that candy!” If that’s the case, maybe you could try…

Or, maybe you DO want to eat the candy, but would rather do something creative with it? You might give this a shot… 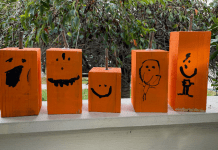 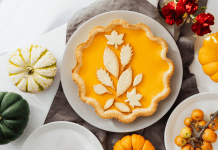 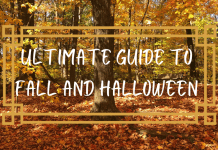