My husband and I have a 6 year old daughter, and one of the things we’ve often talked about is the importance of instilling self-confidence and feelings of empowerment. For too many kids (and adults) we often hear messages of not being good enough. Strong enough. Important enough.

These messages come to us from the media. From bullies. Even unintentionally from our families. It’s natural for parents to want to protect their children from these realities. But we can’t be everywhere and we can’t put our kids into safe little bubbles.

Which is why I’m such a fan of martial arts.

I had my own “aha” moment in high school. I had gotten out of a bad relationship, and had found myself as a shell of the person I used to be. My mom had dragged me to a taekwondo class and insisted I spend some time focusing on something positive.

As usual, she knew what she was talking about. I quickly learned my strength – both physical and mental. For the first time, at age 16, I learned how to love my body for what it was capable of doing. That feeling of empowerment stays with me still.

There was no question in my mind that as soon as my daughter was old enough, I was going to give her the gift of learning a martial art. So when the ATA Black Belt Academy in Powell asked if I’d like to try a few classes at their school, I jumped at the chance!

Walking in to the studio, I was immediately impressed. The school was larger than others I had visited, and there were several instructors leading kids through class.

Our little one attended the Little Tigers Program – geared toward the 4-6 year old range. This was a smaller class, which was great for the age group, and they had two instructors present. One, specifically to work one-on-one with brand new students! 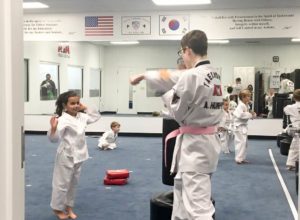 While she was nervous and not quite sure what to expect, both instructors did a great job of explaining what they were going teach, demonstrating the moves, and then letting her try it out. 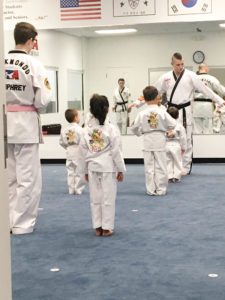 What many people don’t realize about learning a martial art is that it goes way beyond self-defense. In fact, ATA Black Belt Academy stresses that they focus on life skills such as respect, courtesy, kindness, self-control, and honesty. They focus on helping kids to foster self-reliance and dependability.

The Little Tigers program specifically focuses on the following:

Another aspect I really liked about the ATA Black Belt Academy were the monthly “themes” and responsibility and family skills checklist.

Each month, there is a new theme, such as “self control”, that the school focuses on. They explain what it is, why it’s an important skill, and provide examples of how to practice it. The theme is printed out and sent home, along with a responsibility list. This list allows the kids (or their parents) to write down things that the child was responsible for, such as remembering to pack their gear for class. There’s also a section for family skills, which lets parents write down any time the child behaves in a manner that deserves recognition.

And here’s the best part….

Once they have a certain number of examples of good behavior and responsibility, they earn a badge to be displayed on their uniform! I don’t know about your kid, but mine? She LOVES badges and recognition. She said “Mommy! It’s like a STICKER that you can put on your uniform and it WON’T WASH OFF!”

Human behavior wants us to be like our peers. To fit in. So it’s important to have a safe environment for our kids where they can be around other kids who are motivated to be on their best behavior not because an adult is forcing them, but rather, because they are internally motivated.

I was really impressed with everything ATA Black Belt Academy had to offer! 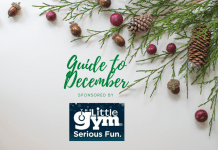 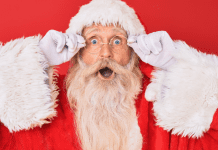 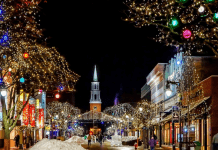