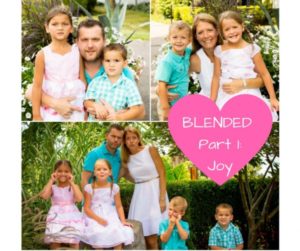 With the passing of Florence Henderson (aka Mrs. Brady of the Brady Bunch), I feel compelled to talk about one of the most important aspects of my life. I never planned to divorce the father of my children and then marry a man with kids of his own, but I’ve been insanely blessed as a result of it.  No, I do not agree with divorce generally, but I also have a lot of compassion for anyone who reaches that point. Families come in all shapes and sizes, some more and some less complicated. Ours is pretty complicated, and I only know a little bit about this adventure I’m on, but I’d like to share some things I’ve learned that make me grateful to experience it. Next time, I’ll get to some of the tough stuff. But for part one of this series on blended families, let’s focus on some of the joys of combining families.

I’ve been with my amazing husband for nearly three years now. I brought my now 7-year-old daughter and now 5-year-old son to the equation, and he added his now 7-year-old daughter and now 4-year-old son. I don’t think many people are as fortunate as I am to have found someone with built-in best friends for their kids. But that’s exactly what has happened. People always ask us if the kids get along, and I nearly always respond with, “as well as you’d expect siblings to get along.” The girls have less than a month between their birthdays, and they absolutely love being together, but they (not surprisingly) argue too. Same with the boys, who are 9 months apart. They can play for hours, but inevitably, one of them will get mad at the other for something. They’re preschool-aged boys! Even so, one of the greatest things about combining our families has been watching their relationships grow.

As a child of divorce myself, I swore that I would never be a stepmom, and yet here I am. And I’m so glad I didn’t listen to my younger self. It took no time at all fall in love with my two stepchildren. Lilly is incredibly confident, athletic, smart, and always tries to play it cool. Baze is a sensitive, fun-loving goofball who can charm his way out of anything. I am not their mother, and will never attempt to take her place, but I don’t take lightly having this special place in their lives. I joke that I have four amazing kids and only had to give birth to two of them. How lucky is that?! The ones I gave birth to also gained a pretty special “Stad” as they call him, too. He stays home with them when they’re at our house, and they’ve gone from not being able to name a basketball, baseball, or football to knowing how to play all of those sports and more! (Parenting fail by me, the ex-band nerd.) My hubs has added an element of fun to our lives that I don’t know how I lived without. Those are just the relationships I know firsthand. I know they’re blessed at their other houses too, so I think the kids have it pretty good… and that’s without even mentioning the bonus grandparents and gifts at Christmas!

One of the most sensational parts of this blended family setup is the split time. Don’t get me wrong. We miss our kids like mad when we don’t have them, but we also spend focused time with them when we do. We don’t let much of anything get in the way of making every second we have with them truly quality time. Parents who have their kids 100% of the time don’t have that luxury. Laundry still needs to be washed, groceries purchased, chores tackled, meetings attended, and couple time had (hopefully!). But we get to do all of those things when the kids are with their other parents. We experience true excitement from our kids when they get to see us again each and every week, and we’re genuinely pumped to see them, too. EVERY. TIME. On the flip side of that, we have designated date weekends every other weekend where we don’t have to pay a babysitter and we can focus on each other. Yes, we still talk about the kids lots of the time. We’re still their parents. But we’re also so grateful for the time we have to consider who we are in addition to serving in that role.

These are just a few of the many great aspects of being a part of this wonderfully complicated blended family. There are plenty of things that get in the way of remembering these sometimes, but I hope you’re able to focus on the positive things that make your family – however it looks – fantastic as well. Stay tuned for part 2 where I’ll speak to some of the things that require patience in putting two families together, but in the meantime, let’s savor the good stuff. 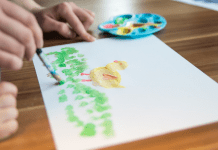 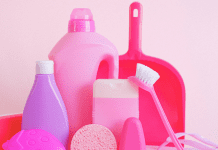