Yes, everyone, I am in love. I am smitten and head over heels. There’s a new man in my life. I’ve never felt like this before! I feel butterflies in my stomach every time we’re together, which is a lot these days because hey, we’re in love and we don’t need a reason to be together. It’s clearly meant to be.

To me, he is so handsome though I’m sure he’s not everyone’s cup of tea. This new man loves to snuggle and can stay up to party all night without a problem. He is bald with a smooth comb over, Homer Simpson style. Unfortunately, he is extremely gassy but I don’t mind. He has wrinkles and acne on his face. He drools and sometimes spits up on me a little on accident but it’s okay. He also wears a diaper.

Is this man my husband? No, indeed. My husband is still around and I certainly love him, too. Am I cheating? No, I’m not. I’m describing my newborn son, who I’m desperately in love with.

He is currently three weeks old with a receding hairline and a face like Wallace Shawn on The Princess Bride. All newborns look like little aliens to me but this one in particular is the best-looking alien of all. His face gets super red when he is mad! That’s the Irish in him, which comes from my side of the family. He is the biggest snuggler out of any baby I am familiar with. He loves to lay on my chest and sigh a contented sigh. Every day he gets a little fatter and I feel a little more accomplished. Everyone says he looks more like me, though I can’t really see it most of the time. Sometimes I look at his eyes and think, “Is that how my eyes look?” but it doesn’t matter anyway because he looks great with the eyes he has, no matter whose eyes they are. 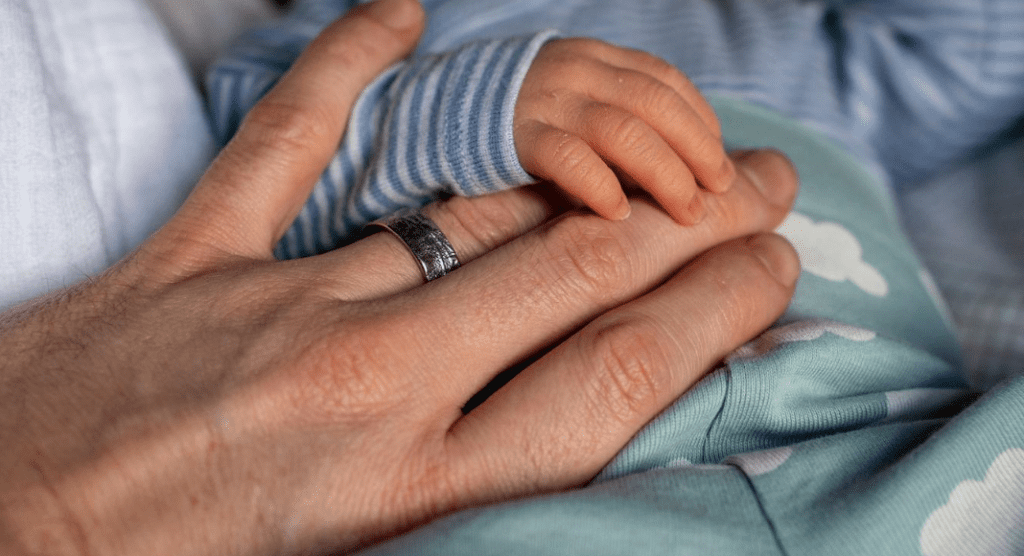 With my daughter, I remember during the newborn phase being so stressed and afraid that I’d somehow break her that I didn’t sleep. She also cried a lot and was not a good sleeper. She had problems latching and nursed 24/7, which is fine and normal but was difficult for me to go through. Possibly I was stressed out from being a new parent and feeling anxious and maybe I made her extra stressed out. I definitely had these feelings with my daughter, too, but it’s a privilege getting to experience it all again now that I’m feeling more empowered about being a parent. With this baby, I feel so calm and in control. I’m not afraid and I can just enjoy the sensation of baby cuddling. My new man is cool as a cucumber, not even reacting when the toddler screams in his face asking what he’s doing fifteen times per day. (What do you think he’s doing? He is a baby. He’s not doing anything.)

It brings to mind all those people who used to say, “Enjoy this time with your baby because you’ll never have it again and they’ll grow up right before your eyes.” I used to think, “Well, I hope this time passes by quickly so I can get more sleep.” I felt like it was the hardest time in my life. I had so many post-partum struggles.

With him, recovery was a lot easier and I have been able to focus on bonding instead of being in pain or depressed. I really love the newborn phase, especially since he seems to be easier to care for compared to my toddler. When I put him down, he doesn’t get up and run away. He just sits there, watching me cook from his baby lounge chair and falls asleep, no matter how much noise his sibling makes when dancing around or throwing food.

I enjoy his funny little sounds which are like some cute Disney character (maybe from Lilo and Stitch?). He smiles in his sleep, the most debonair, teen-heartthrob smile I’ve ever seen. He alertly stares into my eyes during the day. We have similar personalities and are both very laid-back. I feel a soul connection, a real kinship bond. He is the same person that he was in the womb. I could remember days when he’d be asleep in the womb and he felt like a big rock, sleeping. Now he is very quiet when sleeping (for the most part) and truly embraces the nap. That’s a man after my own heart. Now we both can enjoy naptime if my toddler also decides to nap at the same time.

He immediately latched on for breastfeeding with a perfect latch from the moment he was born. It seemed like a breeze! He gained weight quickly without an issue. I couldn’t believe my luck! That was such a huge point of anxiety with my daughter. I get compliments on how chunky he looks (I use the term “chonky”.)

It’s a little weird that he is already in bigger diapers and outgrew his newborn clothes in about five seconds flat. I love the nights with him, side-laying and watching him put his tiny hands under his huge chipmunk cheeks contentedly as he falls asleep. I laugh all day as he sits, stretches, grunts a bit, and lets out a grown man fart.

Sometimes you have to laugh at life and savor this one moment when it’s just you and the person who grew inside you. These are the moments I’ll hold in my heart forever. 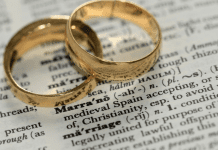 The Bones Are Good: Marriage In A Pandemic 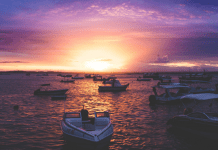 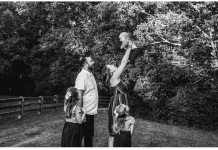