Thank you to Future For Football for partnering with us on this post so we can share the many reasons we love football.

As noted in our recent post, football brings the community together. Football also brings families together. My son, Landon and I sat down to talk about the positive impact football has had on our lives. The interview was done as a Facebook Live (scroll to the end of this post to view the video), but here is a recap.

Landon is a seventh grader, which meant it was his first opportunity to play a school sport. Last spring, his school had after-school camps for sixth graders to try out any or all sports offered to them the following year. It was an excellent way for students to meet the coaches, get a taste of what was involved in the sport and meet the older players. Landon went to the football session and he fell in love with the game as a player. He came home eager to play and couldn’t wait until the football season began.

MOM TIP:: The football season begins BEFORE school starts. I made the mistake of scheduling our family vacation for the beginning of August and didn’t realize that mandatory practices started on August 1. Whoops! Luckily his coaches were understanding, but I know not to do this again.

The team gathered a few times a week in June to begin the fundamentals, conditioning and meet one another. It gave the players time to try different positions and the coaches could analyze who had the potential to play which positions. During July, practices continued and they introduced 7-on-7s, which was a different set of rules with limited players, more like a scrimmage against another team. Then, when August hit, it was time to begin using pads.

As a mom, I loved that the young athletes had the opportunity to increase their level of play and enhance their skills gradually.

Ohio has rules for how many practices with full pads athletes need to have before playing in an official scrimmage or game. Since Landon missed the practices in August with pads, he had to spend his time on the sidelines for the first scrimmage. Although he was disappointed not to get in on the action, I appreciated that safety was a top priority.

Before seventh grade football, Landon had been a fan cheering on his cousin Chris, that played High School football, the OSU Buckeyes and the Pittsburgh Steelers. Of course, there’s a lot you can learn from watching, but Landon felt his knowledge of the game really increased by getting in there and playing the game. 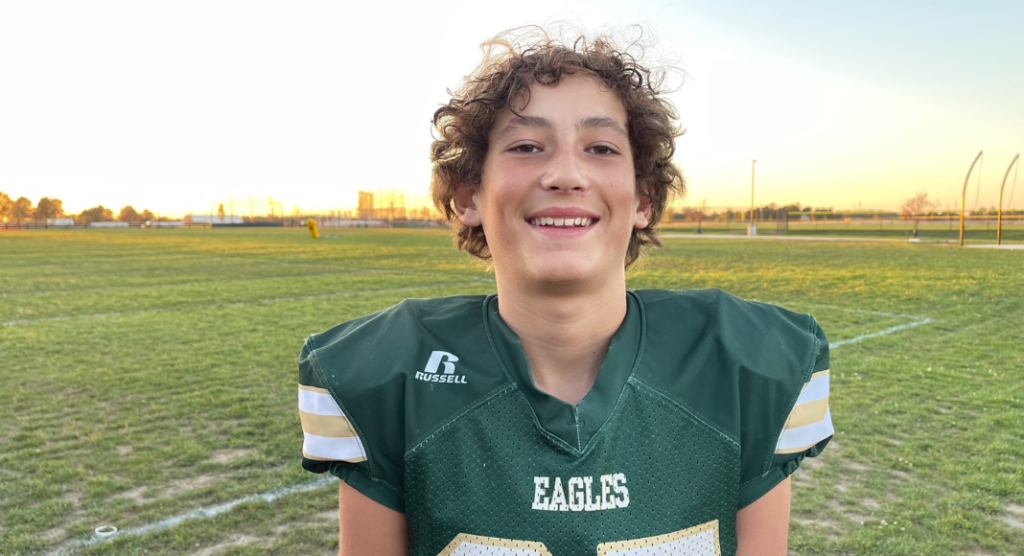 The coaches made a significant impact on players. Landon valued their feedback and worked hard to take their suggestions. As his mom, I loved that he never complained about staying after school every day for practice. He showed responsibility in bringing his gear to and from school and his overall dedication to the team was impressive.

There were over 50 football players on his team. That meant a ton of fans in the stands. The cheerleaders had a theme for each game, and students not playing the game came out in large numbers to cheer on the players. With the cheerleaders, families and students, it was a loud stadium. The energy felt was thrilling and brought a lot of joy to the players.

Friday nights were often spent going to the local football games. Landon loved the social aspect and also enjoyed seeing the older players on the field. He hopes one day to be out there under the lights giving it his all.

In Central Ohio, when someone says O-H, you know to respond with an I-O! I went to Ohio State and have such fond memories of cheering on the Buckeyes at the Shoe. There’s tailgating, dressing in gear to support your team and the excitement of being around so many other fans.

I love that we are a football family. My daughter never wanted to miss a football game because she enjoyed cheering on the team and socializing with the other siblings.

The middle school football season ended too quickly and our entire family was sad when it was over. However, we look forward to cheering on Landon and his teammate for years to come.

Visit FutureForFootball.com to find a league near you and for other helpful resources. 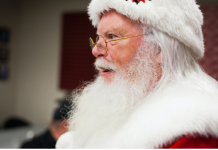 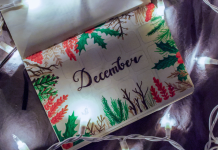 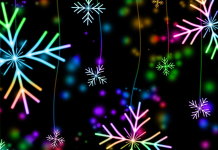 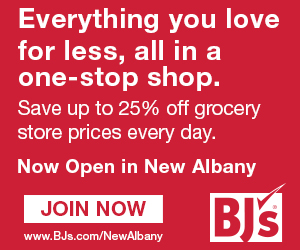