I have experienced two miscarriages within the past year. Each miscarriage was different yet similar enough to result in what many other women see and feel; loss. After my first miscarriage, I realized that the physical trauma of loss is rarely discussed in detail and I was blind sided and shocked with what I experienced. After processing a loss, it seems as though it is easier or more appropriate to share more about the emotional feeling of loss rather than the physical act of loss. Some of us may be able to move past the physical scars of loss faster because the emotional feeling of loss will last a lifetime. Though the description of the physical loss may be graphic, scary, gross or unfathomable for some, knowing the ugly truth of what to expect while experiencing a miscarriage may have made my first experience less traumatizing. As I share my story, reader beware, it is graphic.

I woke with light bleeding and cramping early in the morning when I was 7.5 weeks pregnant. I had not yet been to my doctor for an ultrasound and I never bled with my first two successful pregnancies. I knew what I was experiencing wasn’t normal and my body did too. I immediately felt nauseated and lightheaded. I laid on the bathroom floor next to the toilet until my bowels started moving quickly and I needed to sit on the toilet immediately. It was as if my body was trying to rid itself of everything inside of me. My husband was on a work trip across the country and was three hours behind us in time.

I called my parents over to my house and walked down the steps as they arrived quickly. My mom immediately called the ambulance because I had lost all the color from my face and felt extremely lightheaded. The medics talked me into letting them take me by ambulance to the emergency room. At this point, I was bleeding, but not as much as I thought for a miscarriage, so I still had some hope. The young medic was trying to comfort me in the ambulance as we drove to the hospital reassuring me, “We don’t know anything yet for sure.” My dad arrived at the hospital to be with me while my kids were with my mom.

I was relieved to not be alone and that my dad was there with me, but I was naturally longing for my husband. I was able to contact my husband, finally and explained I was in the hospital but knew nothing yet. He immediately headed to the airport to fly home from the west coast, but he wouldn’t arrive home until almost 12 hours later that day.

When I arrived in the ER, they took blood for hormone counts and sent me in for an internal scan. During this time I was up and down using the toilet and watching blood clots hit the water in the bowl. The ultrasound tech wouldn’t show me the screen and said nothing to me as she scanned. When I got back to my room, I still had not heard confirmation if I was miscarrying or not and I had been in the ER bleeding and cramping for hours.

Then, I felt the urge to stand up and as I did, I looked on the hospital bed and I saw it. I saw the flesh colored shape of an embryo with an eye staring back at me. I looked at my dad and I said, “Is that…” and he shook his head yes, patted my back and said, “It’s okay”. I sat next to the embryo until the ER doctor came into the room. The doctor gently picked it up with a gloved hand and placed it in a container to take to a lab for tissue testing. She then told me my QUAD count was low and the scan showed no heartbeat indicating a miscarriage. An hour later I stood up and passed the placenta and cord. It was dark red in color and I placed it in a container so it could be tested as well.

Finally, the OB residents came to see me in the ER with another ultrasound machine. After the second internal scan they confirmed I experienced a complete miscarriage and I wouldn’t need surgery. “The worst of it is over,” one doctor said to me. 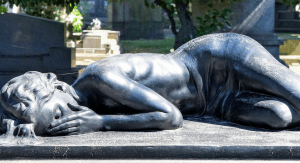 The bleeding continued for weeks after. Stopped for almost a week then came back with a vengeance. More blood clots and heavier bleeding. I saw my OB doctor weeks after the ER experience and she confirmed everything looked as normal as could be and hopefully the bleeding would stop within another week and she was right, it did. From a physical standpoint, I did feel much better after the bleeding stopped and felt as though my body was going back to pre-pregnancy. It was what I saw in the ER, the embryo tissue looking back at me, that haunted me for a longer while.

Having experienced one miscarriage, it did prepare me for my second miscarriage a few months ago. It was not as traumatizing physically as the first, though the experience was much different and I was further along at almost ten weeks. I’m certain the physical and emotional experience of loss does differ from person to person and miscarriage to miscarriage. I do hope that by sharing my experience of loss, it may prepare or comfort another mother suffering from the same trauma of miscarriage. If you need help or need to help a friend who has experienced loss, please don’t be afraid to reach out. We are here for you. 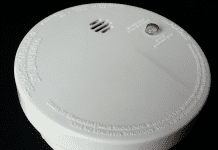 Avoiding Tragedy from the “Silent Killer” – One Mom’s Story 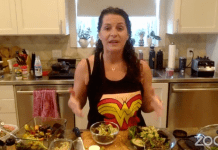 Kickstart Your Health with The MAX Challenge 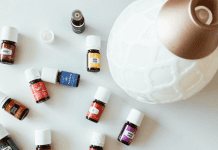 How to Safely Use Essential Oils with Babies